The permanent Holocaust exhibit includes such rare artifacts as a rescue boat like those used by Danish fishermen to ferry Jewish neighbors to neutral territory under cover of night, as well as a World War II-era railcar like the ones that transported Jews to concentration camps and killing centers. A Human Rights Gallery will feature educational displays of all UN-recognized genocides as well as tributes to international human rights leaders including Malala Yousafzai and Martin Luther King, Jr. among others. The Museum will debut the nation's largest gallery of artwork by the Holocaust survivor and painter Samuel Bak, with more than 130 works in exhibition rotation. Finally, an interactive media display will bring to life the writings of 12 young diarists, including Anne Frank, who died in genocides around the world. 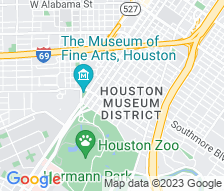