Commemorating the 100th Anniversary of the 19th Amendment 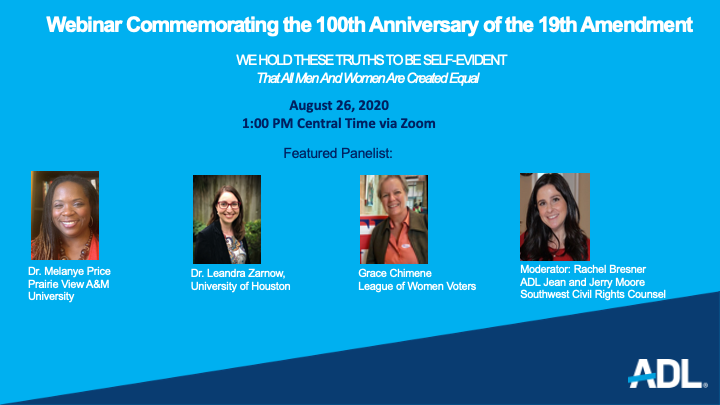 Join ADL Southwest August 26th at 1:00 p.m. Central/Noon Mountain as we commemorate the 100th Anniversary of the 19th Amendment.

On August 26, 1920, the 19th Amendment was formally adopted, eight days after the State of Tennessee became the 36th state to ratify the constitutional right for women to vote in the United States. Commemorate Women’s Equality Day with a panel of committed experts who will share the history and importance of the women’s suffrage movement and discuss the challenges and voter suppression so many still face today.