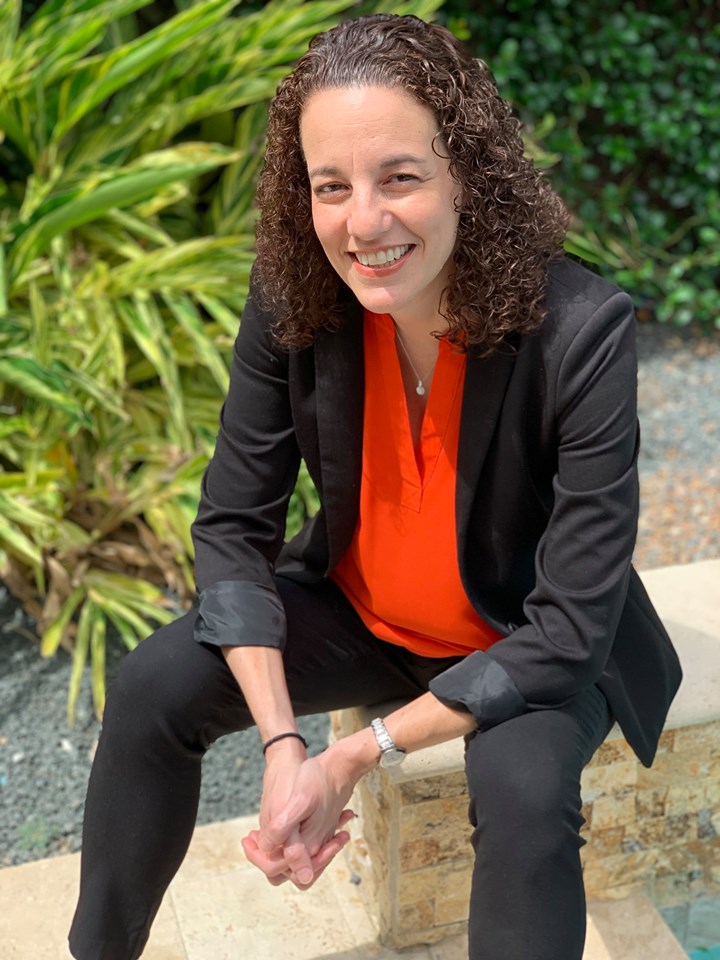 The Jewish Federation of Greater Houston announced today that its Board of Trustees has enthusiastically selected Kari Dunn Saratovsky as the Federation’s next President and Chief Executive Officer, beginning in September.
Saratovsky is a highly-regarded national leader in the philanthropic sector and has played a vital role in Houston’s Jewish community, most recently serving as the Federation’s Director of Hurricane Harvey Recovery. In this role, Saratovsky worked closely with both volunteer and professional leadership to raise and allocate $22.5 million – supporting individuals, families and institutions with immediate and long-term needs, and positioning the Jewish community as part of the City’s broader response and resilience efforts.
Sandy Weiner, Board Chair of the Federation shared, “We are thrilled to have Kari take on this role. She has proven to be a successful strategic leader with broad experience, a deep knowledge of the community, and strength of character necessary to guide the Federation and the Houston Jewish community forward into the future. Beyond that, Kari has earned the admiration and respect of those with whom she has partnered.”
Saratovsky has significant experience within and beyond the Jewish community working across government, nonprofits and the private sector. She served as the Vice President of Social Innovation for the Case Foundation where she helped set the programmatic direction of the Foundation and led several initiatives utilizing new and emerging technology to accelerate approaches to giving and philanthropy.
She also served as Executive Director of the President’s Council on Service and Civic Participation, a White House initiative to expand service and volunteering in the aftermath of September 11th. In this role, Saratovsky oversaw the growth of the President’s Council Volunteer Service Award Program which has now recognized more than two million Americans for their volunteer efforts.
Most recently Saratovsky served as Principal of Third Plateau Social Impact Strategies, helping nonprofit and foundation clients expand their reach and impact. She was responsible for raising the firm’s national visibility across the Jewish communal world by building large-scale national collaboratives focused on causes like advancing women’s leadership and addressing sexual harassment and gender discrimination in the Jewish community as well as seeding new efforts to expand engagement opportunities for Jewish teens and young adults across North America.
Saratovsky is author of Cause for Change, the Why and How of Nonprofit Millennial Engagement, and she speaks frequently on trends within the social sector. She holds a B.A in Political Science and Public Policy from Indiana University. In addition to her professional activities, she is an avid volunteer and previously served as Chair of the Board of Mobilize.org, as Vice Chair of the National Board of Repair the World, as a member of Beth Yeshurun’s Board of Directors, and an advisor to the Millennial Action Project. She is also a former Board member of the Jewish Federation of Greater Houston, and she received the Federation’s Harold and Barbara Falik Young Leadership award in 2016. She was named to the prestigious Schusterman Fellowship in 2018.
While her background and experience are impressive, Saratovsky is approaching the position with an eye toward the future. “The needs and expectations of the Jewish community are changing and with this change comes the opportunity to reimagine the role of the Federation,” said Saratovsky. “We have proven time and again the resilience of our community. I am excited to work even more closely with volunteer leadership, Federation staff, and our community partners to continue to create innovative solutions that impact people’s lives here in Houston and around the world.”
Saratovsky has proudly called Houston home for the past eight years along with her husband, Elias, and their three children.
Share